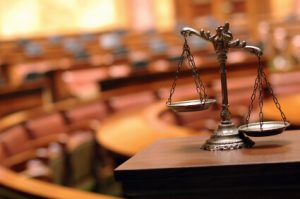 Subrogation is a right, defined by law, where insurance companies can pursue a third party who has caused a loss to the insured. The process occurs when the insurer pays out an amount of money to their insured for damages resulting from the actions, inactions, or negligence of a third party. The insurance company has the right to pursue the amounts paid out to their insured through the Small Claims Court.

We represent many of the largest insurance companies in Canada and can also assist you. We have a dedicated team that works on these matters and offer competitive pricing.

Who are the Parties involved in a subrogation matter?:

There are three types of parties that can be involved in a subrogation matter. They are the insurer (Insurance company), the insured (the policyholder), and a third party (an individual or company who caused all or part of the damage that resulted in the insurance claim).

When can you proceed with subrogation?

An insurer can only proceed with subrogation once they have paid out money to the insured for a claim related to a loss. The most common types of subrogation claims are related to property damage.

The right of an insurance company to proceed with subrogation is laid out contractually in both Common Law and in the Insurance Act, R.S.O 1990. Typically, insurance policies will contain language which further explains an insurer’s rights to proceed with subrogation. The language in the policy will also provide the insurer with the right to retain sole control of the action as well as the ability to settle claims without having to rely on the insured’s instructions.

Per the Insurance Act, R.S.O 1990 s.278(1) the insurance company is permitted to commence an action against the third party in the name of their insured.

What you Should Identify Before you proceed with subrogation:

Prior to commencing legal action, an insurance company should identify the following:

If they have determined a potential third party, the insurer must then decide if they were liable for the damage. They would do this by satisfying the following questions:

Once the insurer has determined liability the next course of action is to determine if the third party was negligent in their actions. To prove negligence, the insurer must be able to prove the following:

When proceeding with a subrogation claim the insurer must also be able to prove causation. The insurer needs to be able to prove that on a balance of probabilities, the loss suffered by their insured would not have occurred “but for” the negligent actions or inactions taken by the third party.

To be successful in a subrogation claim, the insurer must be able to prove the quantum of damages. One thing to remember in a subrogated action is that a large portion of the damages will be subject to depreciation.

Examples of documents to rely upon:

If the loss was caused by a defective product it is very important for the insurer to try and obtain the product. If the product is in the possession of a third party, it is important to contact them immediately to request that they do not destroy or get rid of the evidence. In many circumstances both the insurer and the third party will participate in destructive testing. That will help determine or at least narrow a cause of the failure.

The Canadian Inter-Company Arbitration Agreement is an agreement created to help streamline and accelerate claims and disputes that arise between insurance companies. A list of signatories to the agreement can be found at the following: https://mccagueborlack.com/emails/pdfs/tab-a.pdf. One must keep in mind when referring to the list of signatories that they are referring to the most up-to-date version of the document. All insurance companies who are signatories to the agreement must comply with the obligations set out in the document.

Any signatories to the agreement will proceed with their claim through a mandatory and legally binding form of Alternative Dispute Resolution known as arbitration. If a Small Claims Court action is already commenced prior to the parties discovering that they are signatories, they will need to formally discontinue the action with the Small Claims Court and proceed through the arbitration process.

what we are expert at

Why Clients Choose Us?

We are one of the largest Small Claims Court focused paralegal firms in Canada. The Precision Paralegal team has been representing our clients for over 23 years. With over 150 years of combined experience and having completed over 20,000 court room hours, Precision Paralegal Services is the right choice for your matter.

We believe that using a paralegal firm should be cost-effective and significantly less expensive than using a traditional law firm. Our paralegals charge between $125.00 – $295.00 per hour as opposed to lawyers who can charge upwards of $500.00 per hour.